This is part 1 in the series of “Beyond the good ol' LaunchAgents”, where I try to collect various persistence techniques for macOS. For more background check the introduction.

Shell startup files are executed when our shell environment like zsh or bash is starting up. macOS defaults to /bin/zsh these days, and whenever we open Terminal or SSH into the device, this is the shell environment we are placed into. bash and sh are still available, however they have to be specifically started.

When we start zsh it checks number of files, and if there is an environment variable or command inside, it will be set or executed. Probably the most common is .zshrc, which is used to set the shell environment and execute commands. It can be found in the user’s home directory. bash has a similar one, called .bashrc.

The man page of zsh, which we can read with man zsh has a long description of the startup files.

As we can see, beyond .zshrc we have many other files, like .zlogin, .zshenv and a few others. Normally these files don’t exists on macOS.

The benefit of these scripts, especially .zshrc which is used as the default shell environment, is that when Terminal is started, and it starts the shell, it will inherit Terminal’s privacy permissions. 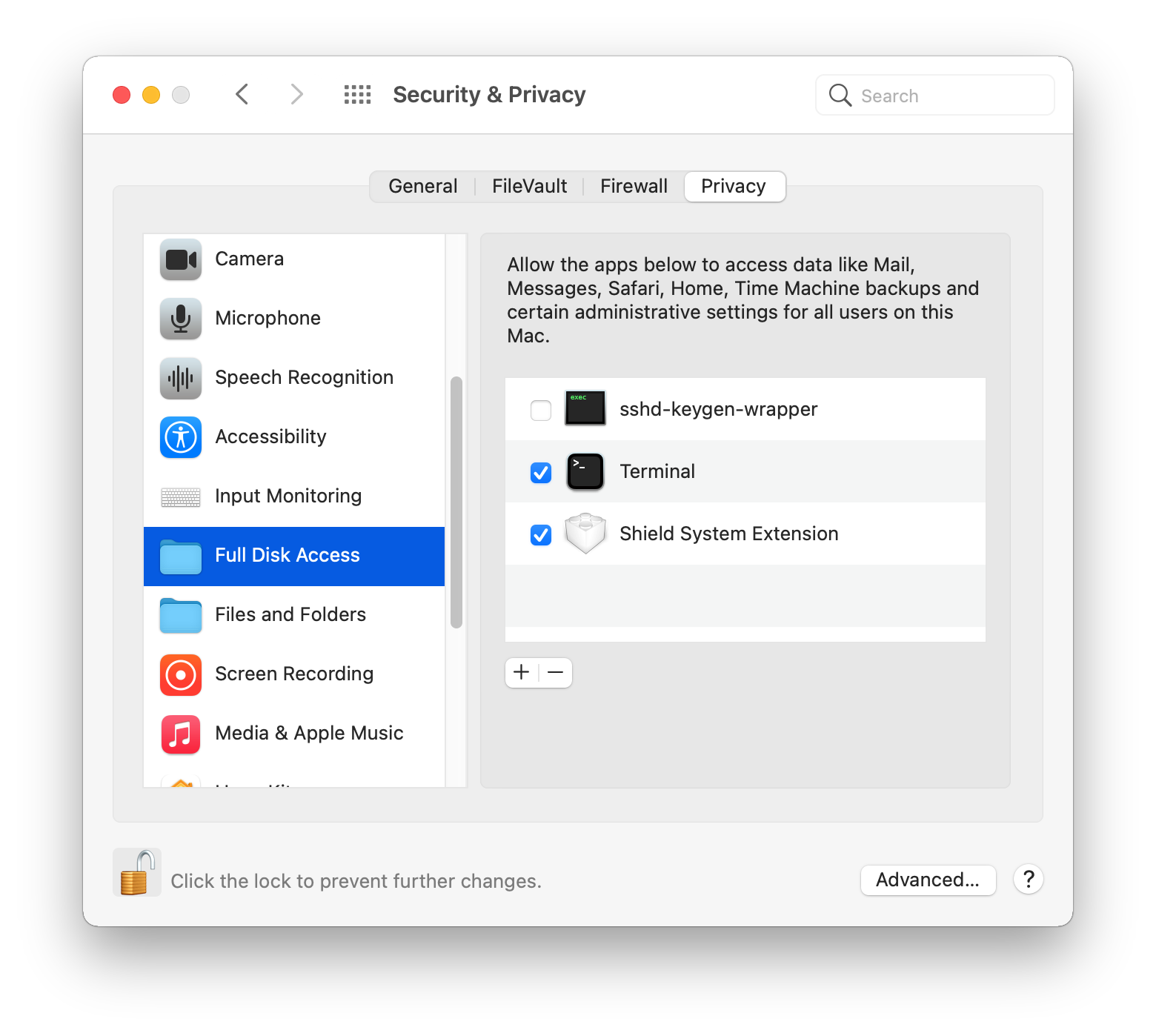 Many power users will have “Full Disk Access” rights granted to Terminal (as shown above) and as such, it will be able to access many privacy sensitive locations. So if we place any script inside these files, it will have powerful rights. For example:

This script will do a network connection and copy Messages to /tmp/. 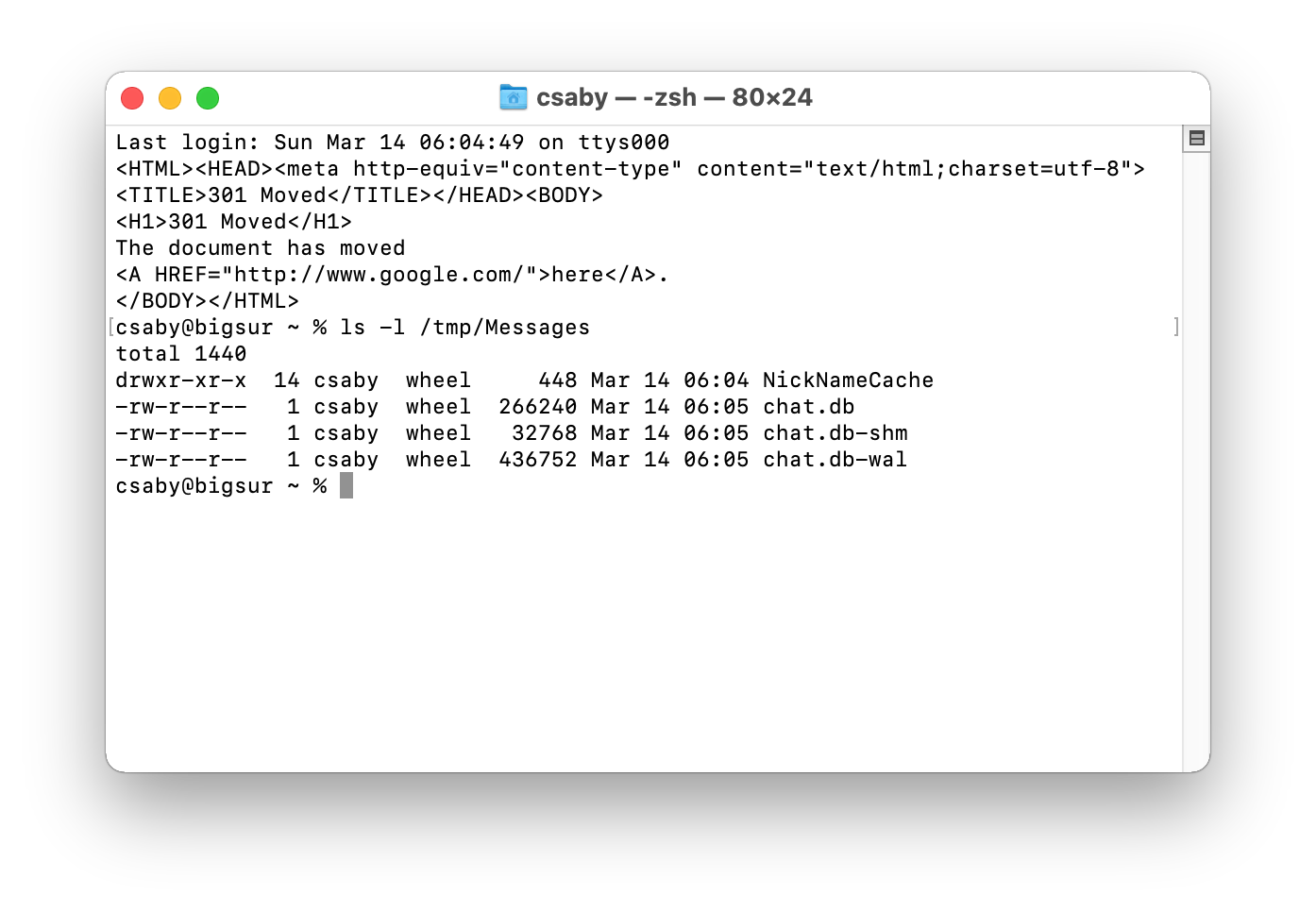 It will result in accessing messages as shown above.

Beyond that Terminal runs outside the sandbox, thus if we can place anything inside these script files, we can escape the sandbox.

Another related command to watch for, is chsh, which can change the shell environment for a user.

As defenders it’s a good practice to monitor for the occurrence of these files, and if they exists, then analyze their content.