This is part 4 in the series of “Beyond the good ol’ LaunchAgents”, where I try to collect various persistence techniques for macOS. For more background check the introduction.

cron is probably one of the most well known persistence mechanisms for macOS and basically any *nix operating system. It was originally developed for Unix back in 1975, and made its way to most platforms, which has Unix origins, like Linux, FreeBSD and thus macOS.

We can use the crontab utility to manage our cron jobs. The -l option will list our currently scheduled jobs.

The output above show that we have a bash script to run every minute.

The option -r allows us to delete the current crontab file.

Finally we can use the -e option to edit the scheduled jobs. By default it will drop us inside a vim editor, and if we don’t like that we can specify our editor of choice in the EDITOR environment variable.

The above command will drop us inside the nano editor.

When we edit crontab files, they will be created inside the /tmp/ folder first, with a random name like crontab.TSwrU7eOXy. Once we finished editing, they will be moved to their final location. On macOS this can be found at /private/var/at/tabs/ and it’s only readable and writeable for the root user.

We can also use a one liner to edit the cron tab.

Objective-See’s BlockBlock will alert us upon cron job creation. 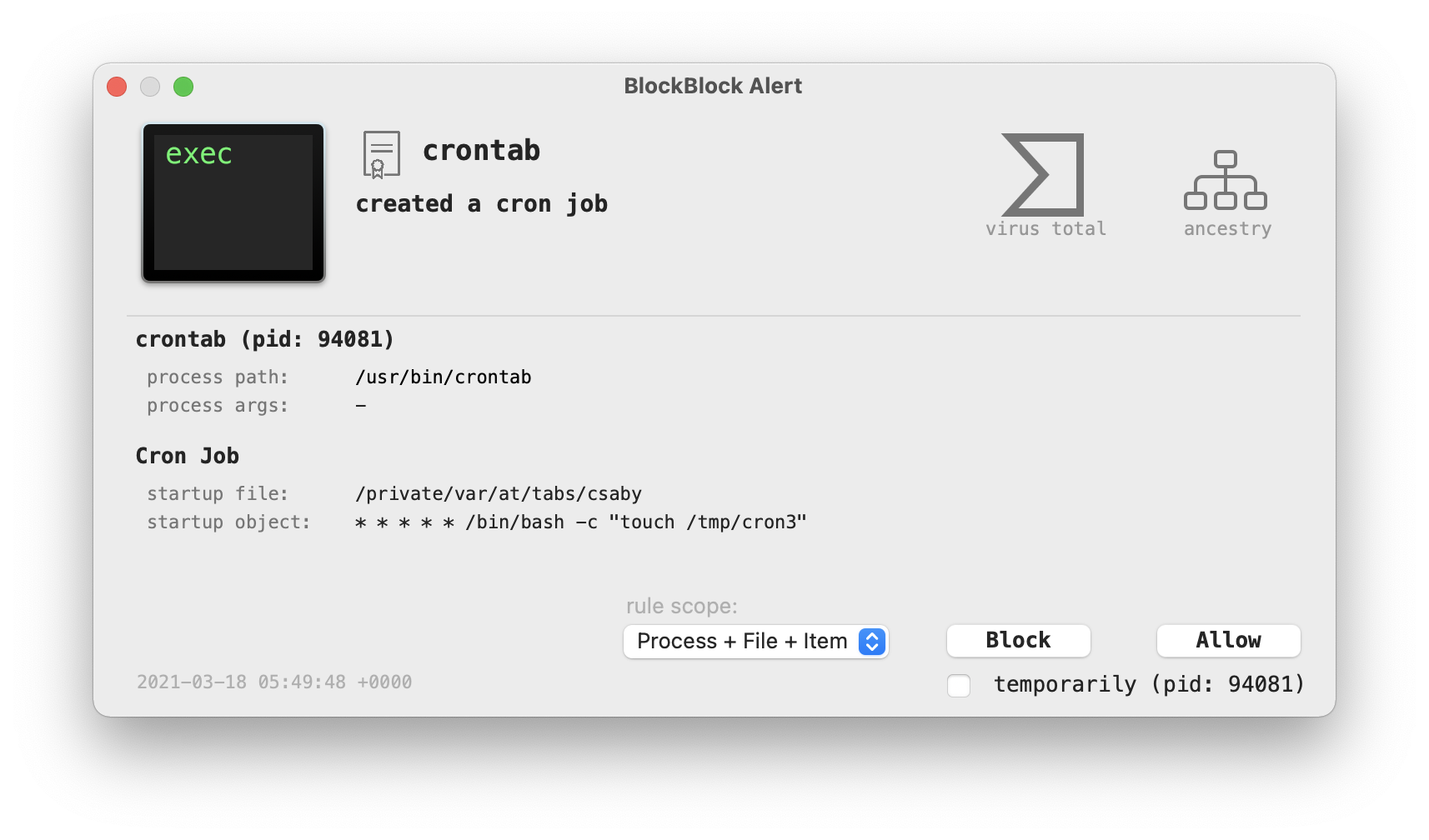 The other Objective-See tool, KnockKnock can also detect it. 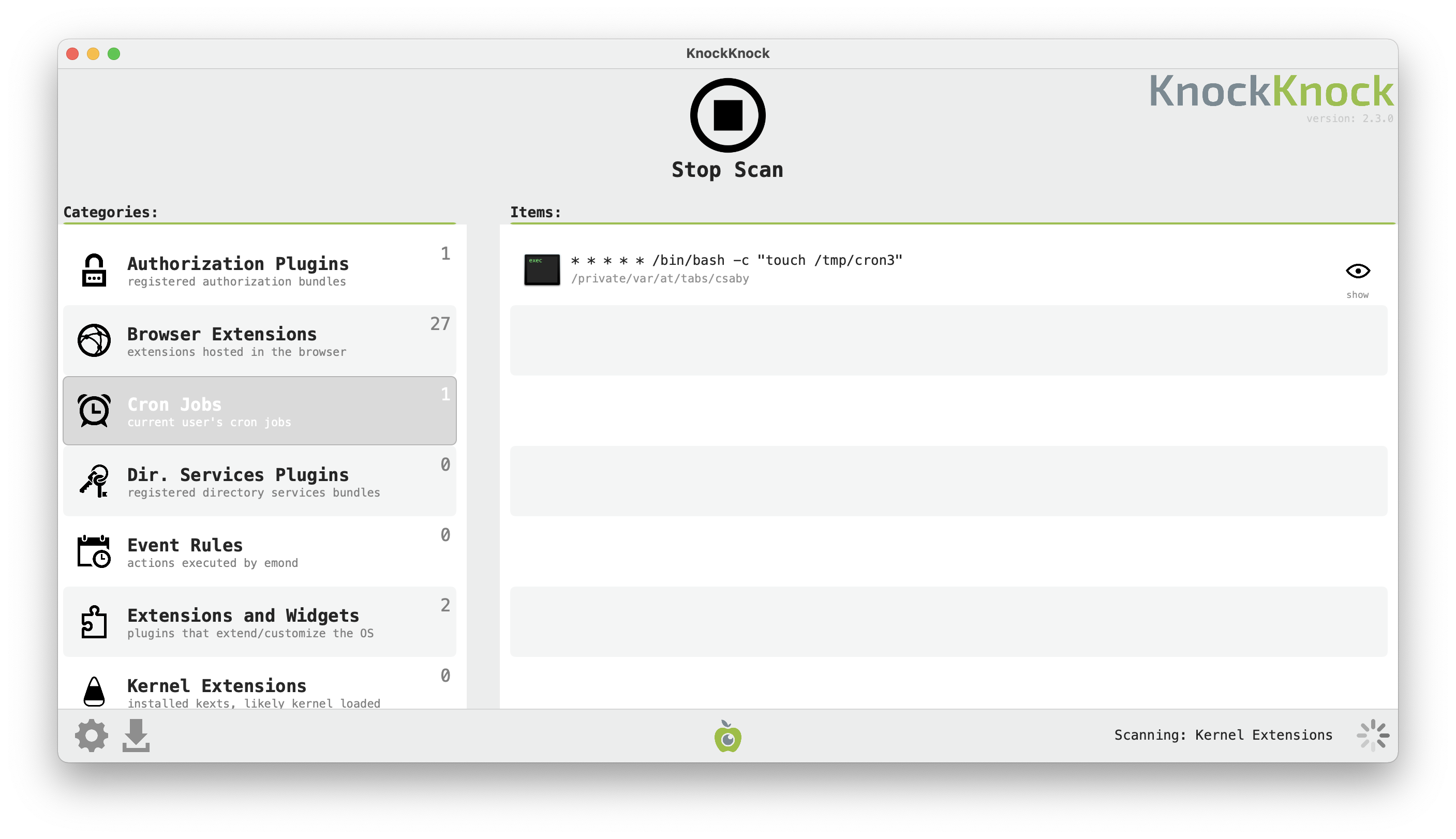 cron’s scheduling format can be hard to learn, we can tune every minute, hour, day, month and weekday. A few years ago I made an app that can help with that. It’s called Crontab Creator and available on the Mac App Store.

It allows us to create a cron job with the right scheduling syntax.